Highlight Birds & Its Habitats in Myanmar 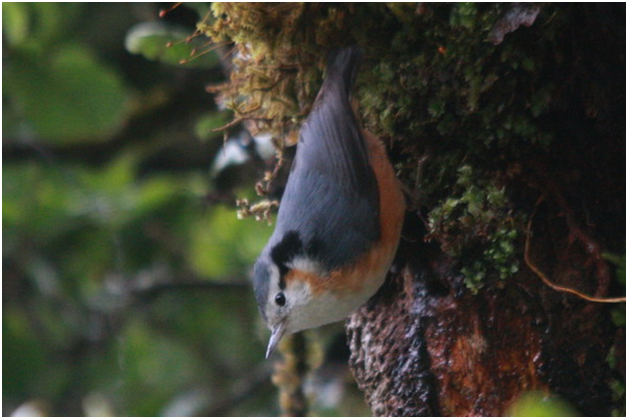 This highlight birds habitats myanmar page is very interesting for Birders. It is very useful for bird watching.

Hlawga National Park is one of the best places of one day birding near Yangon, 22 miles North of Yangon. It is located in Taukkya, Mingaladon Township of Yangon. The area of Hlawga Natural Park is 1540 acres, comprising of 818 acres of Wildlife Park, 62 acres of mini-zoo and 660 acres of buffer zone. It is the type of lowland evergreen rain, semi-evergreen, mixed deciduous and swamp forest types. Hlawgar Natural Park is the different varies of wildlife habitat, and recorded in 192 species of birds, 25 species of mammals, 9 species of reptiles, 103 butterfly species and 23 species of fishes.

The Pale-eyed Bulbul or Davison’s Bullblul (Pyconontus davisoni) has split from Stripe-throated Bulbul (Pycononotus finlaysoni), is a species of songbird in the bulbul family of passerinebirds, and resident at Irrawady Delta , Hlawga Park (Yangon), and Sittaung in south Myanmar. It inhabited open area, second growth, edges and clearing in broadleaf evergreen and mixed deciduous forest. The voice are not known differ from Stripe-throated Bulbul (Pycnonotus finlaysoni) which was found in south, East Myanmar and South-eastern Asia where its natural habitats are tropical moist lowland forest and tropical moist montane forest.

The Racket-tailed Treepie is an Asian Treepie, a member of the crow family, corvidae. This bird occurs in lowland of south, Tenasserim, south-east Burma (Myanmar), Thai Land, Indochina, Sumatra, Java and Bali in scrub, secondary growth, open fields, bamboo thickets and open fields and open forest often near villages. The voice is usually described as harsh and unattractive. It has several described calls but a whining call is often heard. The least Concern Racket-tailed Treepie almost always feeds in trees (arboreal) never feeding from the ground though coming down to bathe on occasion. It moves through the trees with great agility and uses its remarkable tail as balancing organ. It eats mainly insects and fruit.

The  Pale-capped Pigeon (Columba punicea) also known as the Purple Wood Pigeon is a species of large pigeon that is found in India and Southeast Asia. It is very locally distributed across its broad range, which encompasses parts of northern and northeastern India, Bangladesh, Myanmar, Thailand, Laos, Combodia and Vietnam. Mangroves, small islands and other coastal habitats are probably only frequented in the non-breeding season. Recent records indicate that now only occurs rarely and erratically within its range. The Vulnerable Pape-capped Pigeon is a forest species and local nomadic movement occurring from the plains up to 1280 m. It has a slow flight and spends a lot of time sitting still in the foliage of large fruiting trees.

Bagan is an ancient city and a UNESCO World Heritage Site located in the Mandalay Region of Myanmar. The city was the capital of Pagan Kingdom from the 9th to 13 centuries. During the kingdom’s heigh between the 11th and 13th centuries, 4,446 Buddhist temples, pagodas and monasteries were constructed in the Bagan plains alone, of which the remains of 2,217 temples and pagodas still survive to the present day. It is also famous for endemic birding sites in Myanmar. There are six endemic species can be found in Bagan: White-throated Babbler (Turdoides gularis), Hooded Treepie (Cypsirina cucullata), Jerdon’s Minivet (Pericrocotus albifrons), Burmese Collared-dove(Streptopelia xanthocycla),Burmese Bushlark (Mirafra microptera) and Burmese Prinia (Prinia cooki).

The endemic species information are ::

The White-throated Babbler (Turdoides gularis) is a spicies of bird in the family Leiothrichidae.  It is endemic species to Myanmar, and  easy to see  in Bagan, Southwest and South Myanmar. It natural habitat is in dry zone central and south of Myanmar. Its occurred at scrub, cultivation, garden and borders; up to 600 m. It is sized 25-27 cm, very long-tailed, fairly large Chatarrhaea babbler, dark-streaked above, with white breast and buffy-rufous belly.

The Hooded Treepie (Crypsirina cucullata) is a species of bird in the family Corvidae. It is endemic to Myanmar. It is IUCN Red List of threatened species by habitat loss. Its natural habitat are subtropical or tropical moist lowland forest and subtropical or tropical dry shrubland, open deciduous lowland, thorn-scrub jungle, bamboo, cultivation borders; up to 915 m in dry zone central and south of Myanmar. It has grey plumage apart from black head, tail and flight feathers.

The Burmese Collared-dove (Streptopelia xanthocycla) is endemic to Myanmar separated from Eurasian Collared-dove (Streptopelia decaocto) which native is Europe and Asia, also has been introduced to North America because of its vast global range and increasing population trend.It has not threatened species (Least Concern ) on the IUCN Red List since 2014. The Burmese Collared-dove occurred in Dry Zone Central and south Myanmar at lowlands, scrub, cultivation and open dry country.

The Burmese Bushlark (Mirafra microptera) is a species of lark in the family Alaudidae found in Southeast Asia. It is endemic to Myanmar. The Burmese Bushlark was formerly considered as a subspecies of the Bengal Bushlark until split following work published by Per Alstrom. Its natural habitat is tropical and subtropical, occurred in Central, South (north) and East (west) Myanmar, often perching on scrub tree, wire and cultivation; up to 1310m. In Bagan it is easy to see and used to feed on the ground and fly on scattered tree while seeing the people coming near.

The Jerdon’s Minivet  (Pericrocotus albifrons) is a species of minivet found in Myanmar. It is endemic to Myanmar. Because It had been separated from The White-bellied Minivet (Pericrocotus igneus), sometimes it  is  considered  conspecific with The White-bellied Minivet. It occurred in Central and South Myanmar on lowland dry cultivation with scrub and scattered tree, thorn scrub and plain area. Mostly It was found in group three to five feeding on the ground. 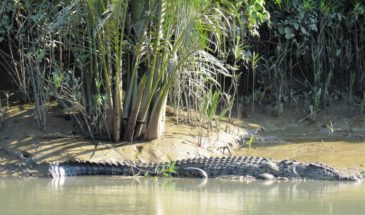